How our eyes can change color throughout our lives 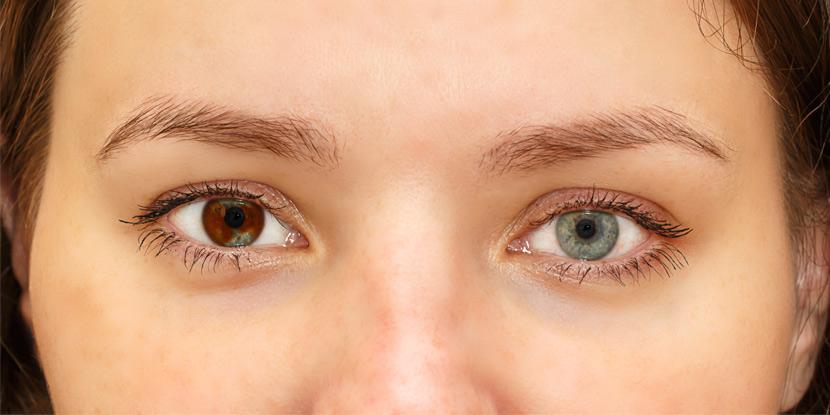 ADVERTISEMENT
How our eyes can change color throughout our lives
(Image credit: Getty Images)
By Martha Henriques 29th September 2022
Through apparently spontaneous change or through mishap or illness, our eyes can change color in surprising ways.
The first pictures of the new-born baby that flashed up on our family chat showed a charming, surprised-looking face with wide, slate-grey eyes – similar in shape to his father's brown eyes, but closer in color to his mother's green. By his second birthday, however, the pictures revealed he had become a happy toddler with eyes the same dark brown shade as his father's, with all trace of the dark grey of those early photographs gone.

We might think of our eye color as one of our defining physical traits, as personal to us as the shape of our nose or how much our ears stick out. It is a trait that can often leave a lasting impression on us too – eye color can even influence how trustworthy we find someone.

But, surprisingly, our eye color doesn't always remain constant throughout our lives – in fact, a wide range of external influences can change it, from injury to infection and sun damage. And sometimes the change appears to happen spontaneously.

Evidence suggests that whether a baby's eye color changes or not depends a lot on the colour itself. One study led by Cassie Ludwig at the Byers Eye Institute at Stanford University, tracked 148 babies born at Lucile Packard Children's Hospital in California, recording their iris color at birth. Nearly two-thirds of babies were born with brown eyes, and one-fifth with blue.

Two years later, Ludwig and her colleagues found that of the 40 blue-eyed babies in the study, 11 had brown eyes by the age of two, three had hazel, and two had green. Of the 77 brown-eyed newborns, almost all (73) still had brown eyes at the age of two. It appears, then, that blue eyes are much more likely to change than brown eyes during the early stages of our lives. But why?

It's more common for light eyes to get darker in early childhood, but sometimes darker eyes can get lighter (Credit: Getty Images)

One clue lies in the fact that when the babies' eyes did change color, they tended to become darker, not lighter. In Ludwig's study, one-third of the babies' eyes changed color in their first two years, with the most common change being eyes becoming darker. Just five of the 148 children in the study (3.4%) had eyes that got lighter with age. The trend towards darkening may be due to the build-up of a protective pigment in the irises – but more on this later.

Such relatively common, healthy color change is mostly confined to early childhood. In another study in the US, which tracked more than 1,300 twins from infancy to adulthood, eye color usually stopped changing by the age of six, though in some cases (10-20% of those studied), it continued to change throughout adolescence and into adulthood. Among non-identical twins, eye color was more likely to diverge in later life than among identical twins.

This suggests a genetic element to the propensity to change eye color, notes David Mackey at the Lions Eye Institute at the University of Western Australia.

After becoming curious about the phenomenon of eye color change, Mackey found that these two studies were more or less all the research that had been done on childhood eye-color change. Anecdotally, he found that it was not uncommon for parents to expect that their babies' eyes would change color. "I heard parents and their friends saying, 'Oh, yes, the baby's been born with blue eyes, but that will change over the next few years'," he says. "I'm there thinking, I just can't find any data about any of this. I found those two papers and they are fairly small studies, but they do show that eye color does change."

Though the data is limited and has only been carried out in the US, changes in eye color appears to be most common among people with Northern European, Pacific Islander or mixed-race heritage.

There are parallels with the changes sometimes seen in hair color in those populations throughout childhood. "You'll see photos of some children who are blonde as babies, but they've got quite dark brown hair when they become older," says Mackey. "The pigment in your hair can increase gradually over time, and that's probably because the cells that are making pigment are actually building up their numbers and migrating into the area."

Reindeer undergo a remarkable eye-color change seasonally, in a part of the eye not possessed by humans (Credit: Getty Images)

It may be a similar story for eye color, he suggests, with greater quantities of pigment building up in the months or years after birth. "The main pigment in the eyes is melanin and it's the way that melanin is distributed that gives you the different eye colors," he says. "Simply classifying them: you've got blue eyes, some people also talk about grey but really it's a variant of the blue, then you've got the hazel and green combinations, and then you've got the brown, and that can be slightly brown or extremely brown. All of that's related to how much melanin is there."

Humans are not the only animals whose eyes change color. Perhaps the most dramatic change is the seasonal variation in reindeer eyes, from golden-turquoise in summer to deep blue in winter.

This change happens not in the iris but in a mirror-like structure behind the retina called the tapetum lucidum, which reflects light to give the retina a second chance of catching it. (Humans lack a tapetum luidum, as it is most commonly found in animals that are active at night and need to see in the dark).

As the reindeer's iris dilates in the Arctic's winter darkness, it raises the pressure within the eye. This pressure packs the fibres of collagen in the tapetum lucidum closer together, which makes them reflect bluer light. Picking up more of the Arctic's deeply saturated blue light helps the reindeer to see through the dark winter months.

"A lot of animals have a tapetum lucidum," says Glen Jeffery, professor of neuroscience at University College London's Institute of Ophthalmology. "The reindeer is the only animal that has the ability to make that change to deep blue."

Higher levels of melanin can have a beneficial function in intense sunlight – as in the skin, the pigment offers protection from sun damage.

In irises with little melanin, the blue color comes from the way the fibres of collagen at the back of the iris scatter light, in the same way that the sky appears blue because of way light is scattered in the atmosphere.

As to why some children's eyes express more melanin over time, this remains mystery, says Mackey.

While many of the changes in eye color are harmless, they can also be linked to something more serious – such as injury, infection or sun damage.

The one of the best-known eye changes from injury was David Bowie's left eye. The striking difference between his dark left eye and pale blue right eye was the result of a punch to the head that his left pupil permanently dilated. However, the punch didn't change the blue color of Bowie's irises, it was the enlarged pupil that made his left eye look darker.

It is, however, possible for injury to alter iris color, says Mackey. "That can happen – if you get a lot of blood inside the eye that can stain parts of the eye. Or you can just have all the pigment scrambled everywhere and it settles."

More commonly, infection is the root cause. A famous case of true heterochromia, where the color of the irises differs, is the actress Mila Kunis, whose right eye is brown and left green. Kunis' heterochromia resulted from an infection of the iris, which destroyed some of the pigment in her left eye.

"Some infectious diseases can cause the pigment to disappear," says Mackey. One is Fuch's heterochromic cyclitis, which is caused by a viral infection – often rubella, also known as German measles. "The virus likes living in the eye, and that can flare up in later life and cause you to lose pigmentation there."

Other viruses, too, can thrive in the interior of the eye and sometimes affect pigmentation. In one extremely rare case, an Ebola survivor experienced a change in eye color from blue to green when the virus was found to persist in his eye fluid after it had been cleared from elsewhere in his body.

David Bowie had famously asymmetric eyes, as a result of a punch to the head as an adolescent (Credit: Getty Images)

Sometimes a change in eye coloration doesn't affect the entire iris, but small flecks. The appearance of pale flecks known as Brushfield spots can appear in the irises of people with Down syndrome, while brown flecks called Lisch nodules are a common sign of the genetic condition neurofibromatosis type 1.

And just like on the skin, freckles and moles can appear in the iris and elsewhere in the eye.

"You might have a freckle that doesn't do anything," says Mackey. "But for some people these can grow into tumours, and they can be a serious problem."

Indeed, though most eye-color change is a benign source of fascination for those who witness it, Mackey cautions that it's always worth keeping a careful lookout for a less welcome change. 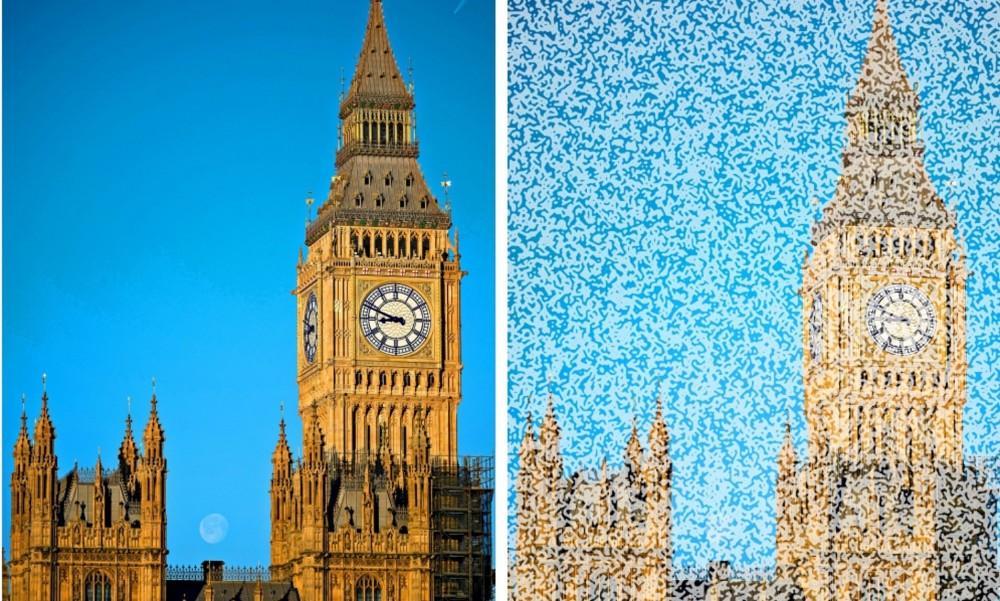 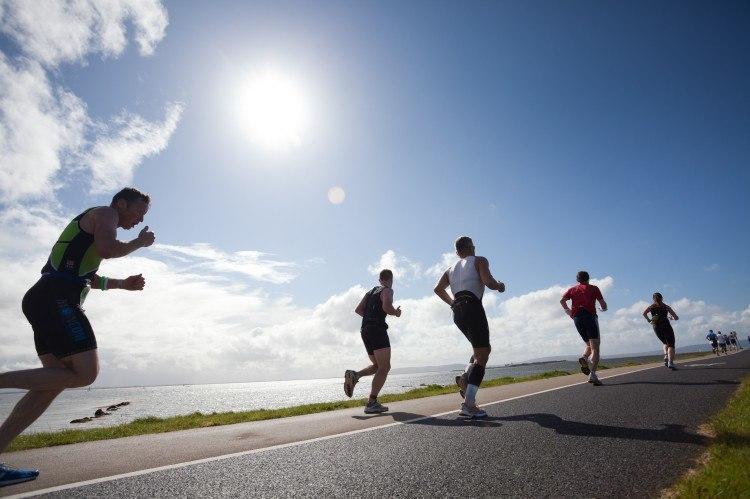 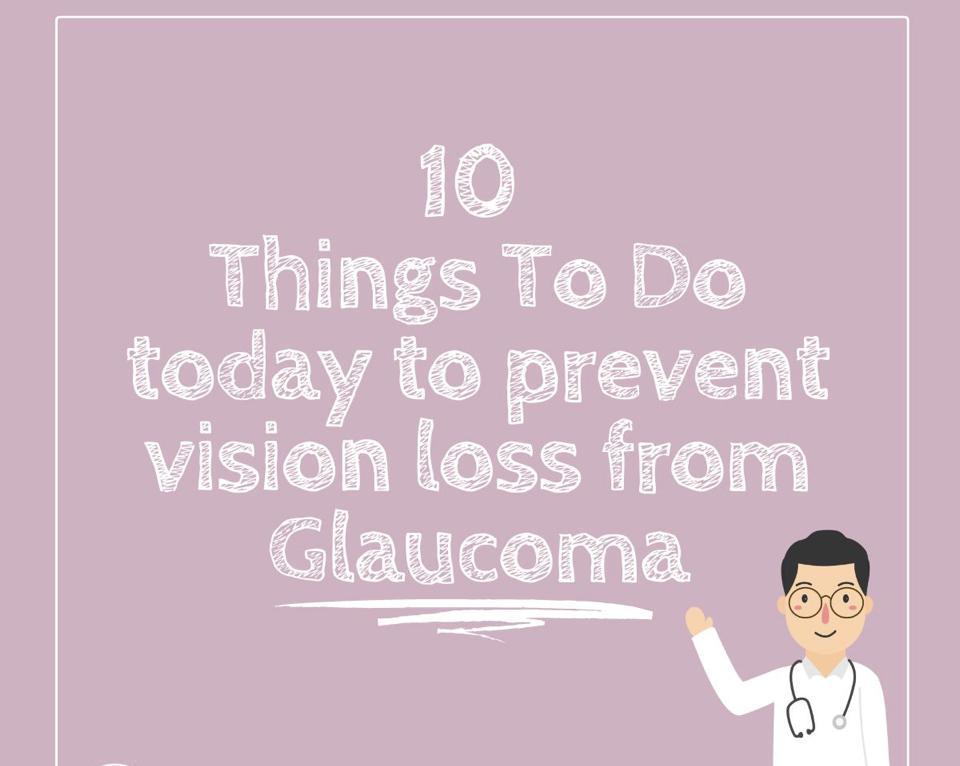 Glaucoma is sometimes called the “silent thief of sight” because it slowly damages the eyes and can cause irreparable harm before there is any vision loss. But this disease is stealthy in more ways than one. Glaucoma has been known since 300 BC 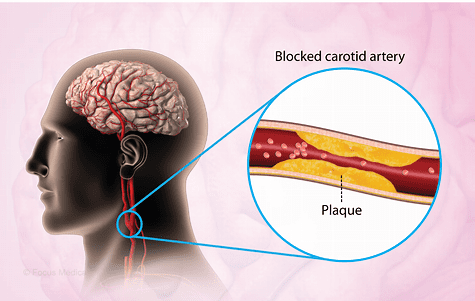 Carotid artery disease happens when blood flow through the carotid artery is blocked. Without enough oxygen from blood, Eyes and Brain do not work properly.

Peripheral Artery Disease (PAD) is a leading cause of cardiovascular morbidity and mortality, and limb amputation in the USA